I did a really swift trip up this year as it began to warm up and I raced through a day. I missed my sunsets and tried to linger in Blue Mesa as long as I could but it was not the same as staying INSIDE the park. 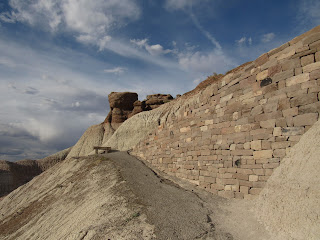 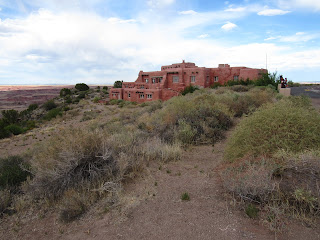 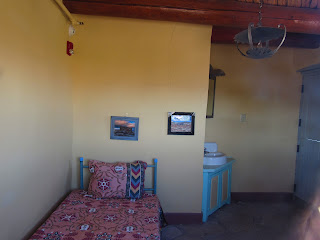 I saw new stuff.  Well some the same, but new perspectives.  This last one was a great new display in PDI of the room where a Harvey Girl stayed when she worked here!My pal Hallie was doing demos on the edge of the Crystal Forest describing the "rocks"... fossils, petrified wood and even pottery that are everywhere!. 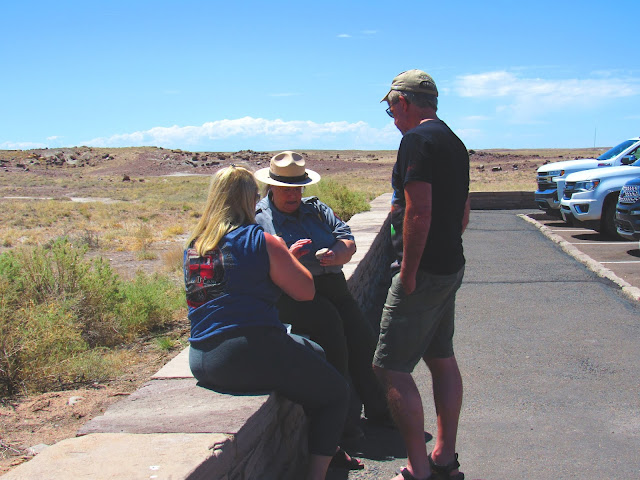 I stayed in Holbrook for two nights and ALMOST found myself in the park a bit later than I expected. 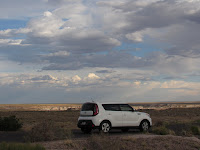 My new (well very used but pretty and two year old) Kia had a fuel indicator saying I had precisely enough gas to get me to Holbrook IF I were not inside the park.  I shiver at the though of running out of gas on the freeway!!! BUT the pumps on the north side were self serve and still open.  This was one of the most exciting things about the return visit.  I am not as thrilled that civilization is so easy to find, and my cell service was till highly problematic but that gas station saved my night!
Thingy came. He stayed in the room: 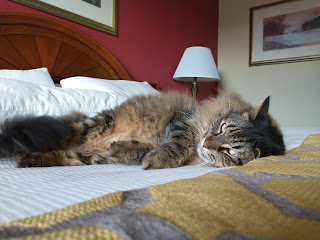