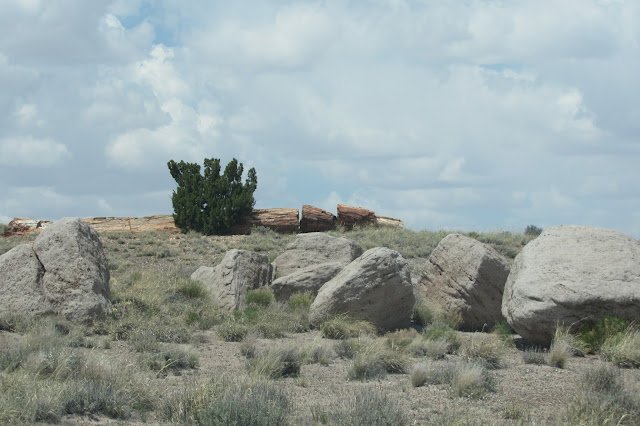 I applied for an AIR at the Petrified Forest in July 2016 after an amazing short jaunt through the park in the spring.  One drives literally through the park and its other half - the Painted Desert - when tracing the old Route 66 on I-40 heading from Arizona through the top of New Mexico to parts more East.  It was a relatively short detour on my way home from picking up an art show in the Denver area (the Wildlife Experience had a one-woman show of my Women of the West portraits, Jan-May 2016) and I had made an early departure so I had less driving into the sunset as I descended into the Phoenix area.

The geology part of the park was somewhat more spectacular than I had even expected. 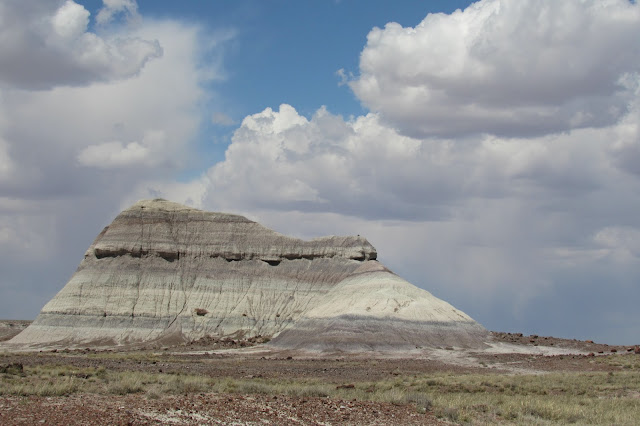 The Painted Desert is lovely vistas of the many colors of an amazing terrain and pull offs that inspired.   But I am not much of a landscape painter.  Not yet....
However, I made it a point to keep going south, through the main road and survey the whole park by this diverse showcase of points of interest.  With my traveling companion, Thing the cat, and his condo in the back seat, I do feel more cautious of hot cars, as we in Arizona are particularly wary of the dangers of the heat.   I was only able to stop at the tourist pull outs and read the signage and take in wonders with a view of my parking space.  But they were wondrous. 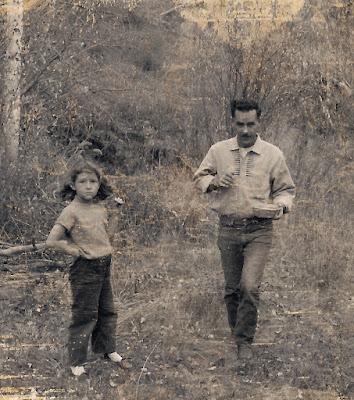 As the daughter of a Boy Scout (I tell you there is SOMETHING in that Eagle Scout fathering technique... not very accessible emotionally, but excited by science and nature) I always had an ally when the summer vacations came around.  (Photo from one of two memorable trips to Yellowstone.)

My brother wanted Disneyland.  MUCH more often, I won with Mesa Verde. 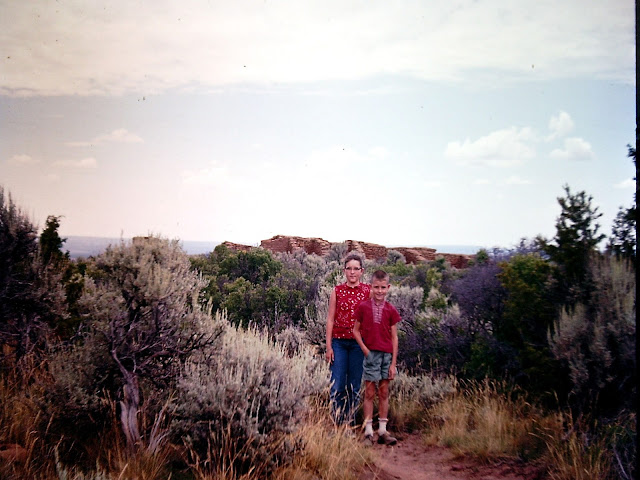 (Okay Dad took frugal to an extreme and National Parks were much more in his budget).  I have memories of Yellowstone where the bear turned over a camper's stew pot and the tent my Grandmother brought home with claw rips from an over-curious bear... 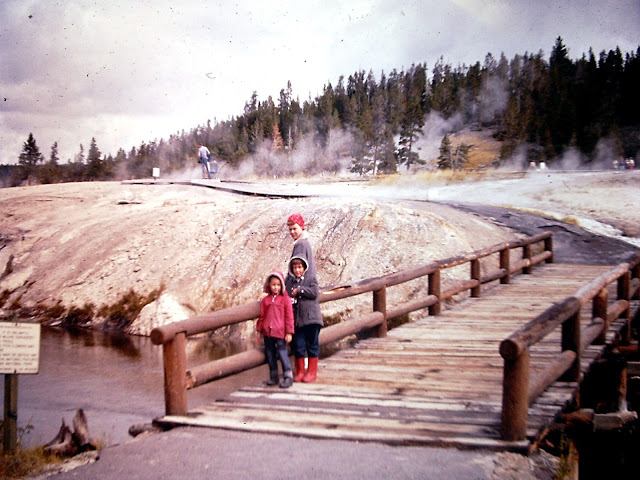 We made trips to The Dakotas and I fantasized the Indian Wars and Dinosaur National Monument with the nearby Flintstone village, and I got a bolotie with a pink Brontosaurus. 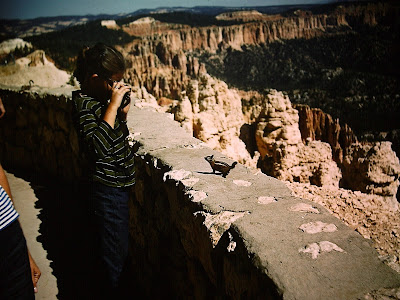 We surveyed Brice and Zion.

and chipmunks.  I always loved anything with eyeballs.....
As we went from Denver to the coast to visit my grandparents, even there - with Mom, my brother and very young uncle - were enjoying the PEOPLE'S places: 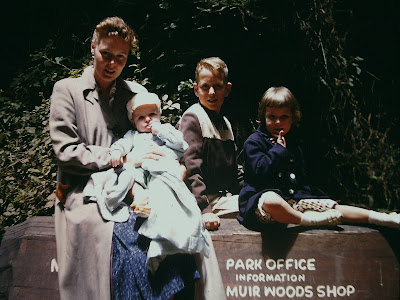 In 2013, I was in Virginia, also doing a car run, trying to jam in as many parks as I could in a borrowed car, when I realized I was now able to achieve the goal my father talked of every summer and beyond:  I WAS OLD ENOUGH FOR THE GOLDEN EAGLE!  They don't call it that anymore, but in Mananas, I purchased my senior, permanent pass.   ......THIS was the coolest!!!! I had one...... just like Dad.