DAWN! And Why You Should NOT Be Happy To Sleep In.

I figured it out.
Last night I was so exhausted that I pretty much shoved anything smaller than a boot into a closet.  I tried to sleep about 8, as I was falling asleep listening to podcasts and had a really good 7 or more hours of drawing in public to put toward my "debt" to the Park for this gift.
So, when 3:30 came around and the stars were still up, I threw some food at the cat and all was well.
What was odd was that there was no 4:30 wake up.
I saw the sky dark blue and lightening at the bottom through the window and took a few photos of the low clouds that were actually starting a sunrise. 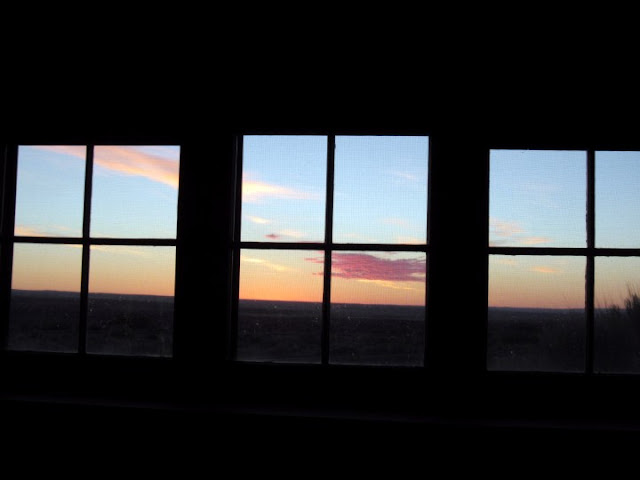 As I called out, no answer from the cat.
Of course he would not have dropped dead but this was really wrong! He depends on trying to wake me up for his entertainment.  When I am up, and there is sun on the bed... he can sleep again. 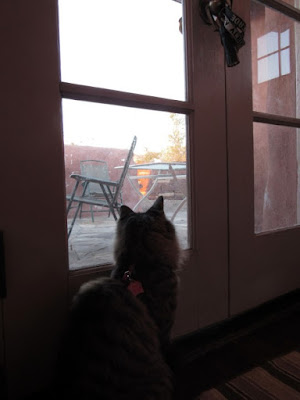 He is transfixed at the door window panes.  He normally looks up and to the left to see the next of my House Finches, but this was the other direction.

Over the wall I see some brown moving and think it may be a coyote or something so I turned around and grabbed the camera.

It was a gang of young elegant Mule Deer!!

The first shots were before the sun was up but I counted first two, then three and I got about 170 photos, but this was the shot of the morning.  Here they are with the young family from the nest above the door, so it is three of the deer and two birdies! 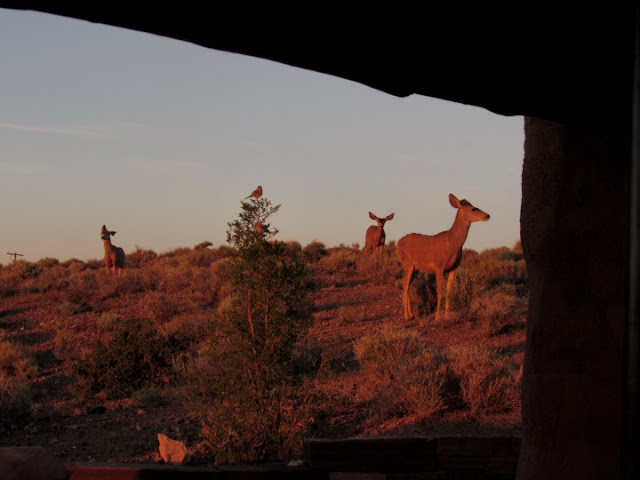 RIGHT over the wall around the patio.  That is the roof of the casita and I did not dare go out for fear of disturbing them.

This is how close.
Yeah, I had to shoot through the screen, but you can see the corner of the fridge out the north kitchen window: 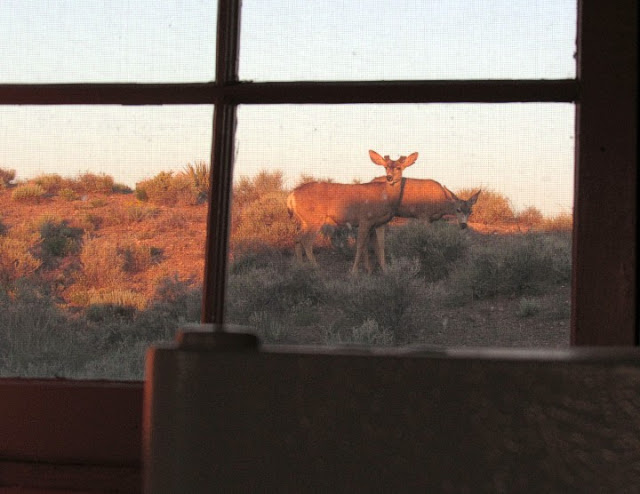 I watched until they disappeared in the direction of the road with a panorama of the Painted Desert with 15 minutes of sunrise twilight.

NOW the magic happens.
NOW I wake up when he says to! 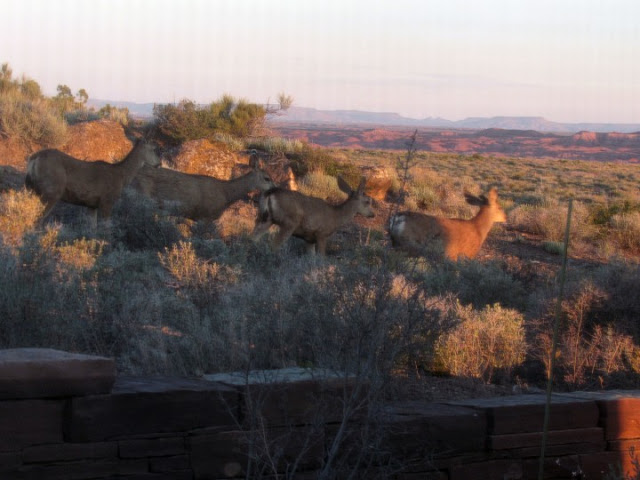 I took my run into Holbrook and it is a bit before 11 at the beautiful patio of my tolerant McDonalds, with reliable wifi and the ability to reload podcasts and even listening to some tv on the headset!