A little less bright and although the cat still believes in 5:30, by working later last night, he was a little more cooperative when bed rolled around so we slept the whole night! 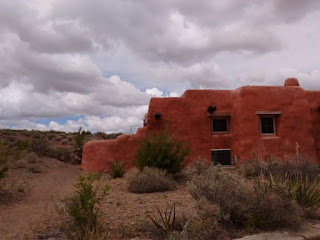 The clouds were billowing and today promised real weather.  At different times it was bright and sunny, then gray again. The weather over the PD was long black and blue or soft white right from the edge!  And real rain.


I headed to the compound for the blog posting and had a very hard time resisting the smell of the Navajo tacos.  I started in the cafe, but there was no consistent service.  My friend Suzy, the girl who is everywhere, suggested the conference room in the offices.  Such a joy!  Just sitting at a table in a chair... I mean it was no McDonalds but much faster and no falling on my face or bouncing from signal to signal.  A definite possibility leaving longer time to myself! 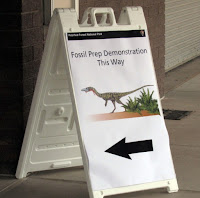 From there I had a weird idea that the birds might be hanging out where more people drop food.  So I aimlessly wandered and found this sign... how could I resist! 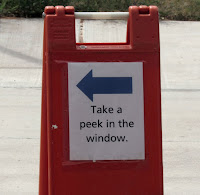 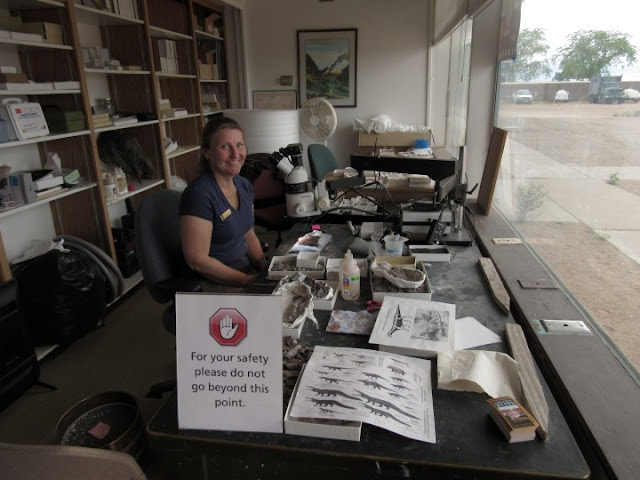 Behind the walk way is a row of offices with great big windows for eavesdropping on hard work.
I had a really nice chat with Cathy from the Paleo labs. She was one of the women who was carrying the plastered fossils yesterday and showed me the breaker box. I told her she could not miss my demo in Holbrook on Friday and should find me on Saturday and Sunday in the PDI.  We discussed the dangers of carting in my Flagstone blanks!  I mean it is precisely like the rocks just flaking off my wall outside!  No pilfering allowed! So when I do my demos, I might just put an ink disclaimer on the side so I can explain how these were from scraps and construction left overs in Denver and Phoenix and no IN SITU rocks were harmed in their construction.

I headed home and snapped this shot standing by my car and over the top.  Such an amazing gift to be here!!! 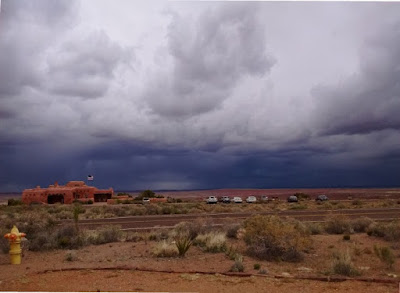 Went in, and promptly curled up for a sleepy, napping mid-day. And the Thing and I did some epic napping! In and out until almost 3.  The head was just low enough to need a cover to curl up under and the dark sky trickled down... not poured.  Over the canyon edge the Desert was cloudy white.  Tourists poured in, as it was one of the great view points without wet, but we caught up on the nights without sleep.  I have a piece of a little bird sketched and ready so I didn't feel guilty.  Just warm and cozy.

About closing time, the weather broke and the land was visible again. I could not resist a pre-sunset drive into the teepees.
This sight made me beam! 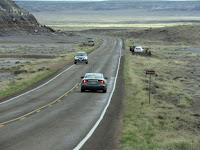 Every car is stopped in its tracks gasping at the amazing scenes revealed by wet earth and migrating clouds!  I pulled over in the main teepee pullout, behind three or four cars and we would point back and forth across the road pointing how beautiful the changes were while watching the other.

I stood in ONE SPOT for about 10 minutes.  Just snapped as things changed.  I know I took over 13 shots but these groups explain what I cannot show, or actually paint. 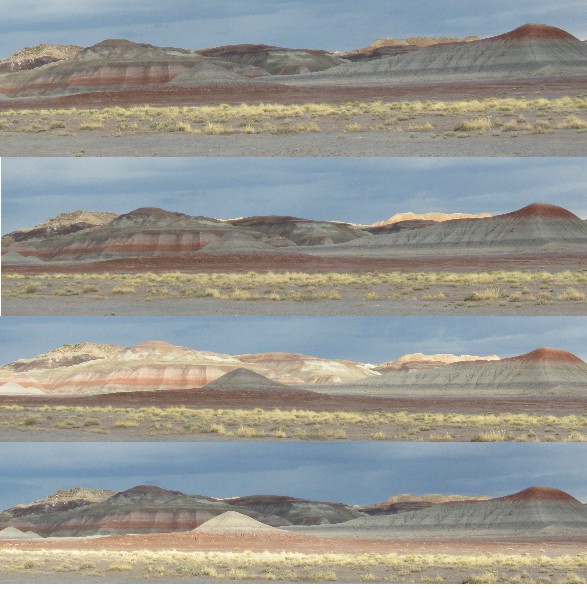 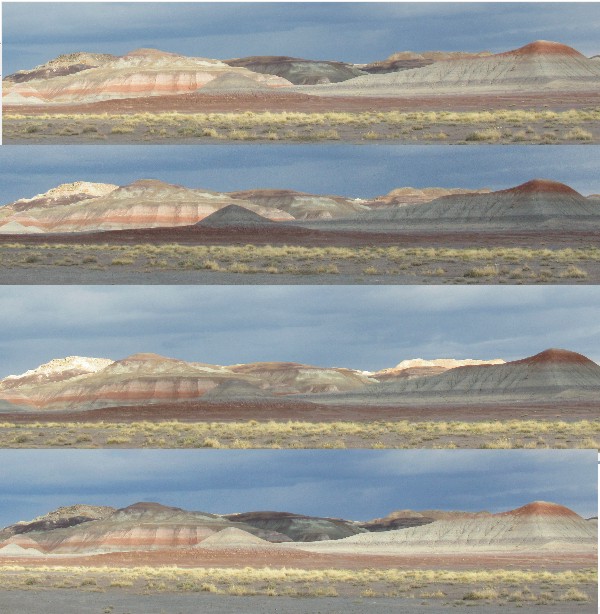 The land is less for 2 dimensional art than dance or theater.  This is scenery that needs the element of time to understand how the eroding piles of basically colored mud, change from viewpoint and clouds and moisture.  To stop at a single scene does not do it justice.  I have found myself stopping dead on a turn I have gone over maybe 10 times already, too narrow to pull over, and seeing if I can snap a shot only to get home to see... well a scene.  It is the wonder of a mound of white and read suddenly exploding behind a wall of purple.

I have three weeks to load these moments of wonder into my head.


I raced home and worked on my bird picture. 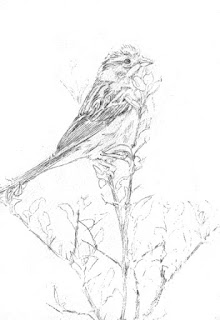 This is something that I CAN do.
My art is about capturing a moment in time.
Small moments, these I can do, but the scenery is to monumental for me.!
Posted by Debra Jones at 8:02 AM