Okay, tonight is the full moon...Unfortunately, even with clouds that let me sleep thorough the sun searing in, the cat began his wake up call at 4!!  He may sleep in the bathroom if this is not going to calm down.  Should have known. Also should have brought nail clippers.  My Swiss Army scissors just don't hack it.  He was so sweet yesterday it was amazing! 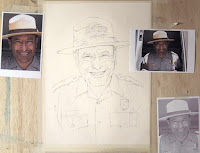 Second try at the day, I got up and began sketching Jorge, my favorite (today...) ranger in the entry box! I am just going to do a nice watercolor and set up anywhere out of the wind.  That is what I am inspired by.

Trying to post my blog over at PDVC, I brought a minimal bunch of stuff and it is always too much.  JUST a bit of cash and the laptop.  Had a "trip" on the patio, looking for better signal out of the sun and took a header.  In my brain, as I fell, I was trying to figure out how to not crash the computer, but how do I not do serious injury.. couple of faster and faster missteps and down we went.  Not hurt but fearful of damage to my little toy link to the outside world, it landed as a teepee butt up and scratched its edges.  I pushed the framework back and heard little clicks and the screen was still working so I had hope.
It seriously had a migraine, but I just kept rebooting (... when in doubt, just reboot) and it seems to have a lingering stick when looking for my files, but IT WORKS!!!
NOW I have a reason for aches and pains!  Double win!

Discovered Kip had gone south as I was up there.  My knees are a bit shaky and my head bounced a bit, not on the ground, just from the jostle.  Feeling old I decided to hit the sheets for a little while then give it a try... and I HEARD THUNDER!  READY for the rain and all the color that comes with it! Set up so I could see and started painting in the kitchen in the natural light.  Forgot the nap and was all set... 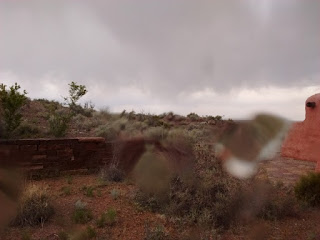 ....and it stopped.  Well, perhaps tomorrow.  It smelled so amazing! 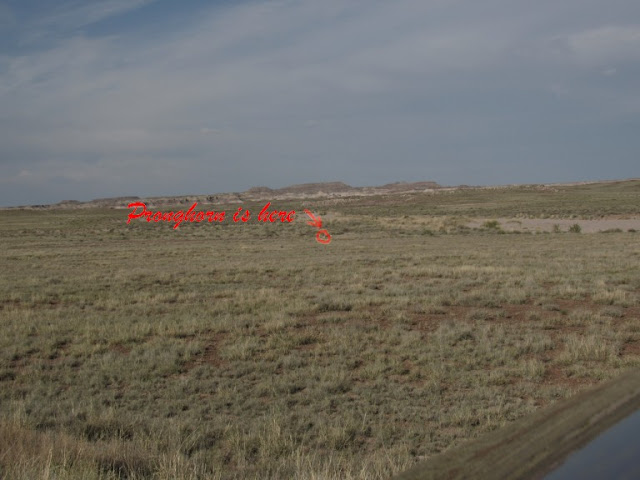 I decided one more jaunt down around closing to see if Dennis was right again.  He was. Found ONE solitary but amazing set of progs!... here is how dedicated I am (and have better vision than I thought)  This is the scenery in low 5 ish light....where the guy was:


I mostly don't like how my camera does not have a viewfinder, but I can sure use these grainy enlargements at like 85x zoom! 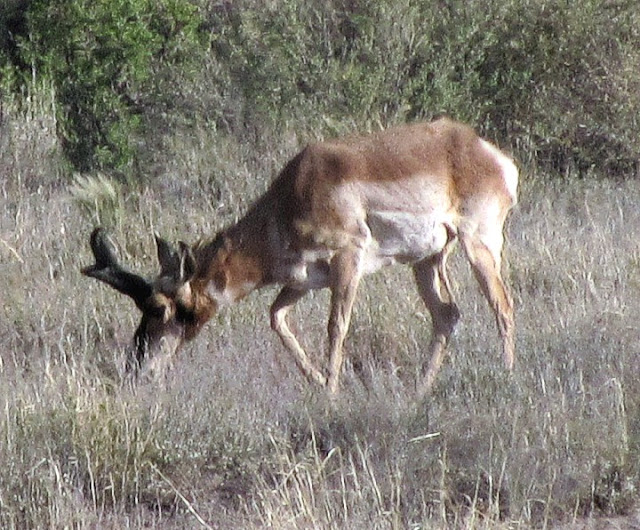 I ran out of the park to see if I could get some nail clippers for the cat, found the tourist trap just outside the south entry closes at 5.  But if you want to bring home your own rock, it is MUCH cheaper than the fine for pilfering from the park.  Actually there were some BEAUTIFUL rocks in the mortar of the shop with the concrete teepees and way better karma than from the park!

I came back to the visitor center and met a kid practically born in the park. She was running the shop and we hit it of great.  Really fine artist in her own right and we both loved the park for the things and the people who make it go.

While I wi-fied, I here is the view of the ceiling: 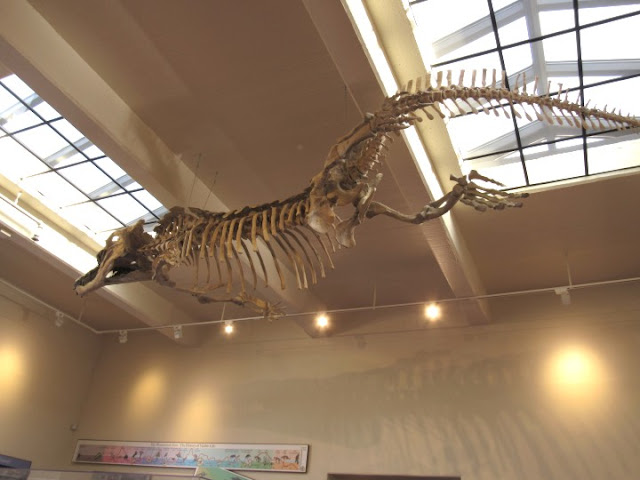 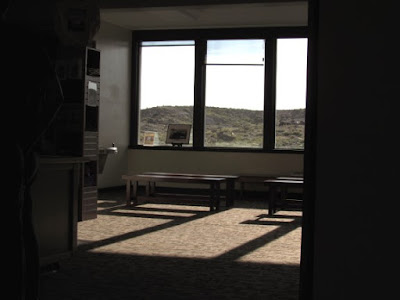 And the observation room where I was painting on Friday.

If the cat lets, me, I feel like it will  be an early evening.  If not, more to do on Jorge.
The trip home had some stupendous tonal images.  A sunset without color over scenery of grays and brown.   Garish in the minimalism.
IF I paint scenery, that will be the stuff. 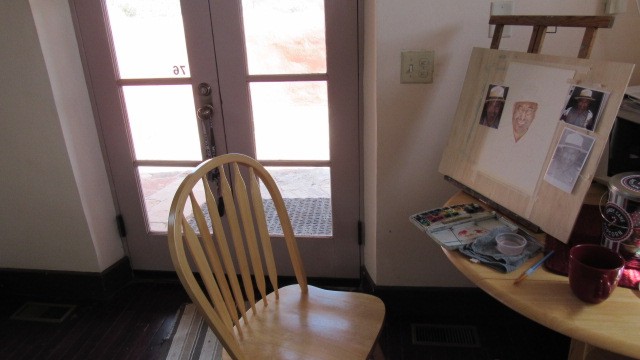 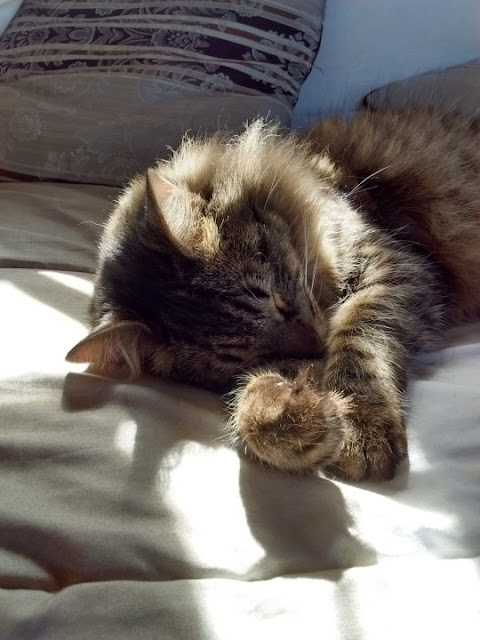 I also got the two tourist books that they all have recommended and if it is nasty tomorrow, we will try laundry and more wet photos and painting,  probably a day doing this and watching this on the bed:

By the way... no nail clippers without a trip to Holbrook.