I had it explained that this weekend is not going to be all that I figured.
It seems as though Tuesday will probably be the big day.  That is when kids are all out of school and families begin long vacations. This is the kind of place that usually is your first stop on a prolonged travel. Although this is a long weekend that would allow slightly longer trips, the Big Crush will probably not be for a few days. Kind of makes no sense but these people know more than me.

It was not what you would call either profitable nor productive, but I did get some entertaining interest from a couple from Germany who thought they might want a portrait. The logistics have yet to be determined, but the desire was there! It's a little like what they say about golf: any day golfing is better than whatever the heck the opposite is. And this is so much better than what the opposite is.
So this is the summary of the whole day: 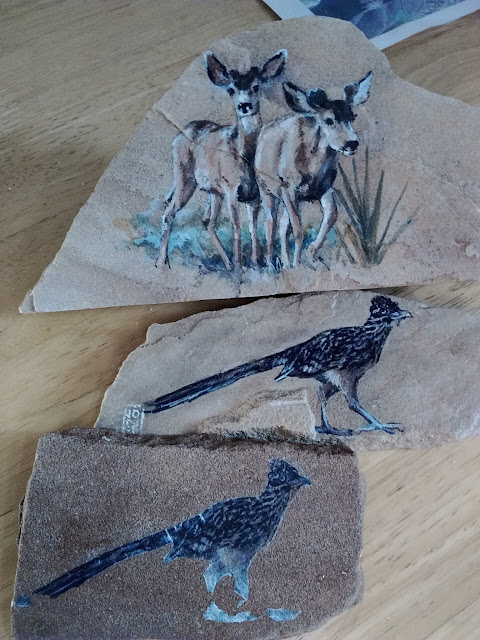 The top is a partial piece from the morning visitors, two mule deer. The bottom 2 are transfer demos. You can see, why this process is not exactly straightforward....
The top one you can see is after touch up. It initially had no beak, no tail and a chunk of its back was gone, but I went in with my tiny little brush and repaired him.
The bottom shows how it looks when I peel the paper off...ugh
My posts of late have not been quite as lavish, as I have actually been able to avoid going into the visitor's centers for Wi-Fi! Do we call this a victory that I have given up on my little computer? Or do we just call it too lazy to drive the extra 15 minutes up to an hour?
I ended the day with a run down to the teepees for Sunset. I never had managed to do that.

It was definitely worth it. Photos were in the real camera, however and I'm not sure if any one sums it up. But it was quite spectacular. 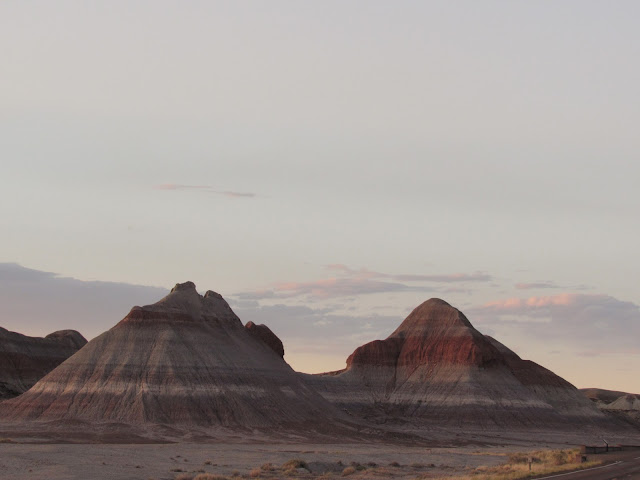